October 31, 2020
I couldn't think of a better way to end an epic book of caprices. Caprice number 41 is a grand bookend for a grand project. I used to think number 17 was my favorite, but this piece took the cake once I discovered it. It is joyful and stately. And the sonority it draws out of the instrument makes the solo viola sound like a chamber group.
Perhaps it's the crescendo of energy and sound output. This can heard and also clearly seen in the music, at about measure 26, going on to the end of the piece. Double-stops and bariolage, and sometimes both at once, make the viola into a mini-organ. This was my favorite section to play because I felt awash in sound.
This piece mostly tries to be a fugue, but also reaches for something greater. In fact, it reminds me a lot of the fourth movement of Hindemith's Op.11, No.5 sonata (another favorite of mine). The Hindemith obviously came later, and is much longer and more fantastical. But both pieces give you the feeling that you have been on a journey by the end.
It's a wonderful celebration of an awesome instrument. I hope you enjoy listening and playing. 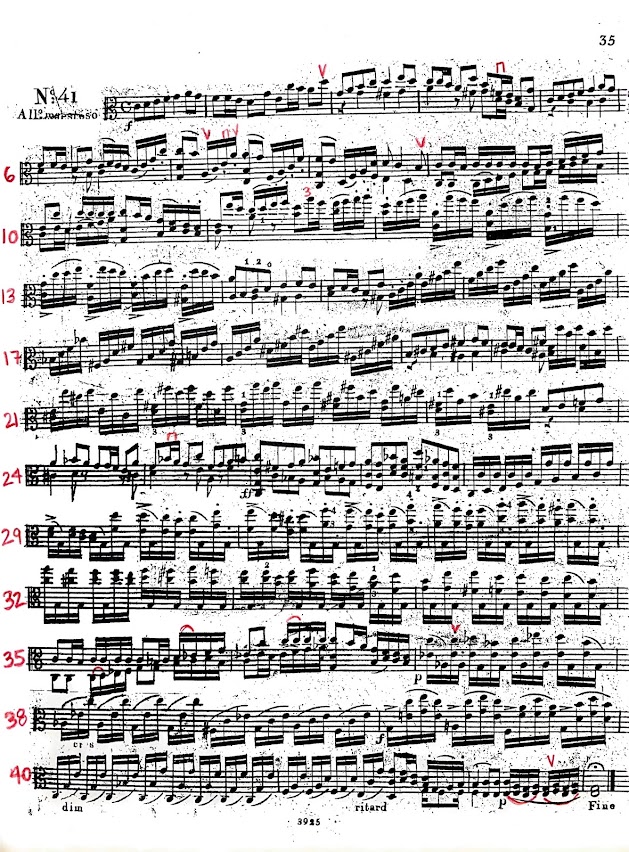