October 16, 2020
Here is another caprice with mini-movements: Number 34 is a standard Baroque form, switching between Andantino and Presto twice. While officially, Campagnoli lived and composed during the Classical era (he was five years older than Mozart, and outlived him by 36 years), it seems that he favored some aspects of the older Baroque style. A short piece, comprised of four brief "movements"alternating between slow and fast, was typical of that era. During the classical era, movements became much longer and more developed, ending on on full cadences - unlike their Baroque counterparts. They resembled pieces unto themselves, even though they were part of a sonata or symphony.
I really enjoyed playing the Presto sections of this caprice. They have a feeling of one beat to the measure, and roll along. The bariolage is particularly fun (mm.55-61), partly because of the backwards bowing. It feels extremely awkward until your bow arm learns how to embrace it. There are also patterns everywhere, which are fun because you can tune out intellectually (at least a bit) and let your muscle memory kick in. Ride the waves!
The Andantinos are nearly identical, and they both evoke the classic hunting music, with heavy use of thirds and fifths. (Listen to The Autumn Hunt from Vivaldi's Four Seasons, and you'll hear what I mean.)
Now that I've played all of the caprices and am looking at them with fresh eyes for these blog posts, I have come to a realization. It seems that Campagnoli wanted to give violists a truly comprehensive book of caprices, a greatest hits, if you will. There is a polonaise, a siciliana, several fugues, several theme and variations, a tarantella of sorts, and more, plus all of the flashy technique usually reserved only for violin music. The diversity and amount of material that Campagnoli has written for the viola, in this book alone, is astonishing! 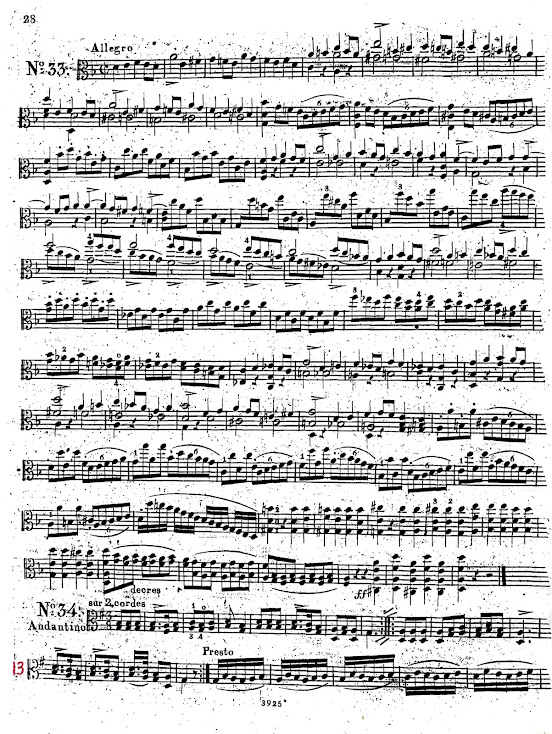 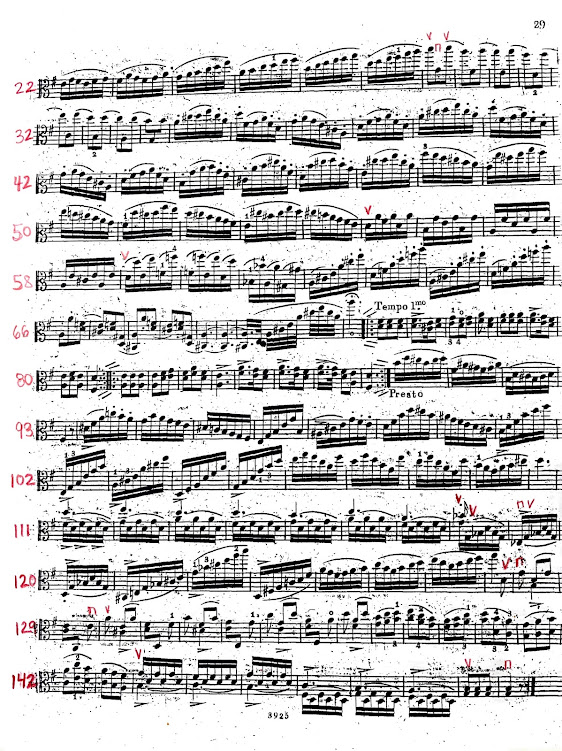