Caprice no. 7 is packed with a variety of technical delights. Portato, bariolage, double stops, double-stop trills, they're all here.

Campagnoli is kind at the introduction (mm. 1-8), giving a tempo giusto marking for the section which is solely a study in the portato bow stroke. I thought it was also nice of him to use a scalar pattern, rather than something more elaborate. However, you may find that there is only a finite tempo range in which you prefer to play this stroke. That was certainly the case for me. It's similar to spiccato, in that if you play too slowly it simply won't work.

The "aria" of this caprice starts at m. 9. The first time I read this, it felt manageable until I hit a wall with the double-stop trill at m. 21. The challenge lies more in the fact that in first position, with a B-flat in the first finger and A natural in the fourth finger, one has to extend as far as humanly possible just to get this in tune. Especially on a 16.5" viola! This left-hand contortion is something I experienced regularly in Berio's Sequenza VI for Viola as well. It helps to think of your second and third fingers as the balance points for your left hand. The first finger will extend back, and the fourth forward. If you base your hand off of the first finger here, you will have limited flexibility.

How to practice the double-stop trills? Lots of rhythms. It's the only way.

Another challenge was measures 34-38 where the thirds oscillate quickly. My fingers encountered coordination problems that I didn't know I had. Again, rhythms helped immensely here. And lots of patience!

In mm. 41-42, some might choose to let the quarter note go instead of holding through the second eighth note during the double-stops. However, I felt it was important to hold it through, as if you are playing chamber music with yourself and carrying two separate lines.

The triplets/beriolage in mm.45-end feel like such a release, after mucking around on double-stops for so long. Yes, you still have to configure your left had for triple-stops at times, but at least you don't have to play the notes at the same time. Ahh.

And if you can get through all of this, I've found that the hard and frustrating caprices are often the most rewarding. They certainly stretch one's technique to new levels. Enjoy! 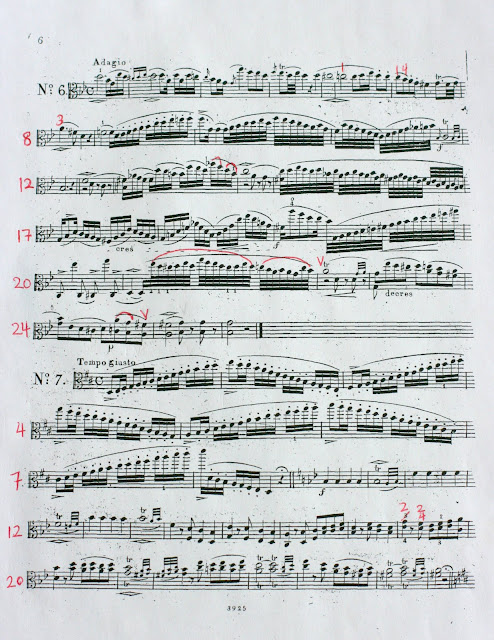 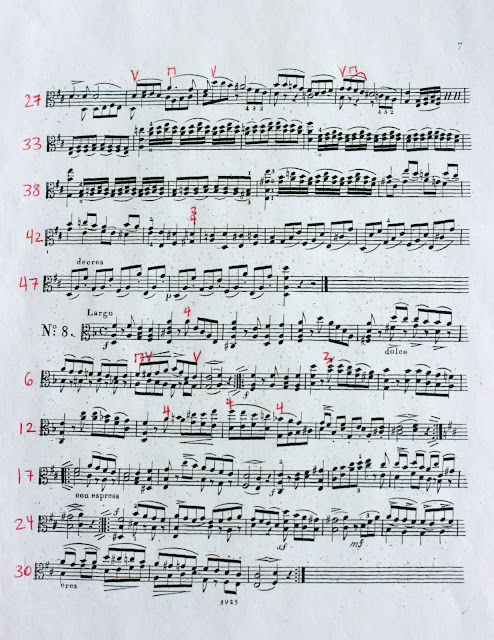